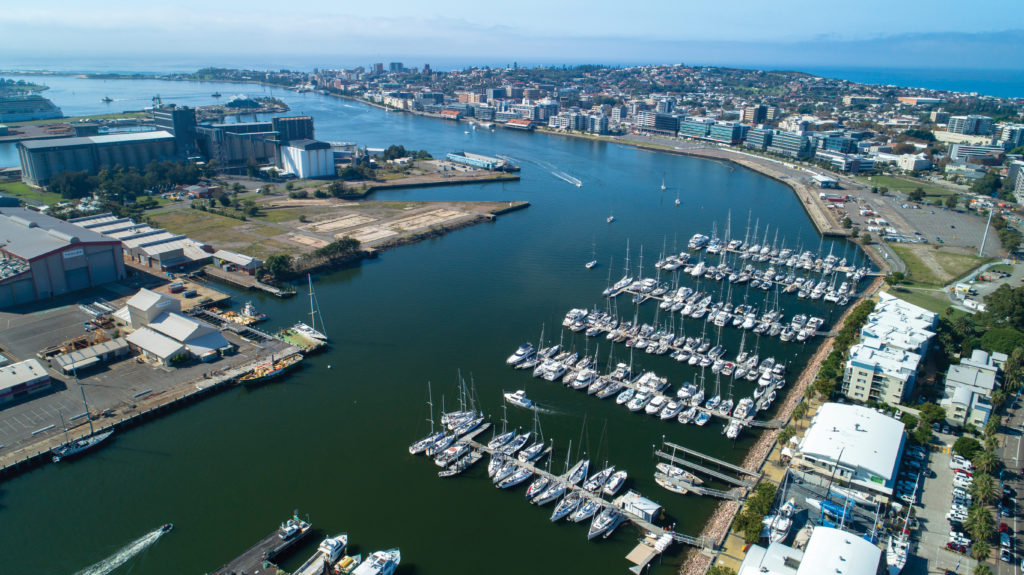 The Newcastle Cruising Yacht Club (NCYC) was voted the 2019 Australian Sailing Club of the Year and is universally recognised as a modern facility catering for a diverse community of cruising, sailing, racing and social activities.

It has previously hosted the prestigious Australian IRC Championships and NSW Country Yachting Championship. In addition, it provides organisational expertise and resources to the annual Sail Port Stephens, NSW’s fastest-growing regatta over the past 13 years.

Located at 95 Hannell St, Wickham NSW 2293, the Club was incorporated in April 1994 and underwent various phases of development, beginning with the completion of four marina arms, boatyard, and commercial centre. The second phase, in 2008, saw the addition of two more marina arms and a clubhouse.

NCYC’s marina comprises 180 berths, all with power and water, a 24hr self-service fuel wharf dispensing diesel and unleaded petrol, and an effluent pump-out facility. The privately operated Midcoast Marine boatyard is equipped with a 40-tonne travel lift, a concrete hard-stand area, and an indoor maintenance area and paint shop.

NCYC is currently in stage three of development, with the clubhouse being extended. Works will be underway during SailFest Newcastle 2021, limiting capacity. It doesn’t impact other services, such as the maintenance slipway, sail-making, chandlery, laundry and bathroom facilities.