More than 175 years of salty sailing history and maritime tradition will be rekindled on April 10-11, with SailFest Newcastle Regatta bringing together an armada of TP52s, skiffs, dinghies and catamarans – right down to tiny Try-Sailing trainers – on Newcastle Harbour.

The first Newcastle Regatta was held around 1845, and a carnival atmosphere prevailed as sightseers lined wharves and the waterway thronged with clouds of white sails.

A newspaper clipping from 1900, under the strapline ‘An immense attendance’, sets the scene: “An almost cloudless sky, a fresh north-easter and a comparatively clear Harbour were elements calculated to please the most enthusiastic lover of aquatics. No other form of amusement draws such a crowd.”

That will be repeated this year as SailFest Newcastle coincides with the World Surf League, Seafood Festival and Newcastle Marathon, drawing ocean-loving spectators to the waterfront and beaches. The harbour presents a perfect amphitheatre, with action spreading from Carrington to Honeysuckle, Stockton and out to sea.

Long gone, though, are the tallships and timber workboats of old – replaced by state-of-the-art racing yachts, sports keelboats, Olympic-class Laser dinghies and more.

Sailing Champions League (SCL) Asia Pacific organisers are embedding the finals of their 2021 season into the festival program, starting April 9. Teams from around Australia will compete on the doorstep of Honeysuckle Hotel’s deck.

SCL Asia Pacific director Mark Turnbull said: “We’re bringing the final to Newcastle because it’s the ideal sailing venue. We will stage grandstand sailing for spectators along the river where there are a multitude of great hospitality venues to enjoy.

“The City of Newcastle is supporting the addition to SailFest and thanks to their assistance and Newcastle Cruising Yacht Club’s we are rapt to be part of the growing maritime festival for the first time.”

The other headline act of SailFest is the TP52 Gold Cup, arguably the hottest TP52 showdown outside Europe’s 52 Super Series. Eight of these high-performance Sydney-Hobart yachts are competing, including six newcomers – Ichi Ban, Patrice, Denali, Matador, Quest and Smuggler, joining Celestial and Koa from our previous Gold Cup.

“Our sponsorship of the SailFest event has provided support to continually grow this festival and attract greater interest from outside the area,” Lord Mayor Nuatali Nelmes said. “This year we will see SailFest partner with The Seafood Festival and the Sailing Champions League Final, providing much more for people to experience and enjoy, both on and off the water.

“The attraction of major sailing events on Newcastle’s working harbour shows off our vibrant and active city. I also encourage visitors to explore the character of the harbour’s surrounding suburbs while here for the events.”

On Saturday, April 10, Port Hunter 16ft Sailing Club at Stockton will run the historic and iconic Cock of the Harbour race (named after the colloquial expression ‘cock-a-hoop’). A pure test of speed and crew work, the race remains one of the oldest trophies in Australian sailing. It’s also one of the richest off-the-beach events, with prizemoney on offer for the different sailing classes.

Families can also participate in a free Try-Sailing experience in the sheltered waters of Throsby Basin, adjacent to Carrington Bridge. It will give budding sailors of all ages the chance to learn a new skill aboard one of NCYC’s Optimist trainers or Pacer dinghies.

Lifejackets and instructors will be available from 10am to 12pm on both weekend days during SailFest. Little hearties can also get their faces painted at the ‘Pirates of the Carro-bbean’ stall.

Continuing the pirate theme on the Saturday night, competitors will follow a map to some of the treasures of Newcastle’s thriving pub scene, all close to the Harbour.

The 2021 Sailfest Newcastle Regatta is being supported by the City of Newcastle and Transport for NSW’s Centre for Maritime Safety. 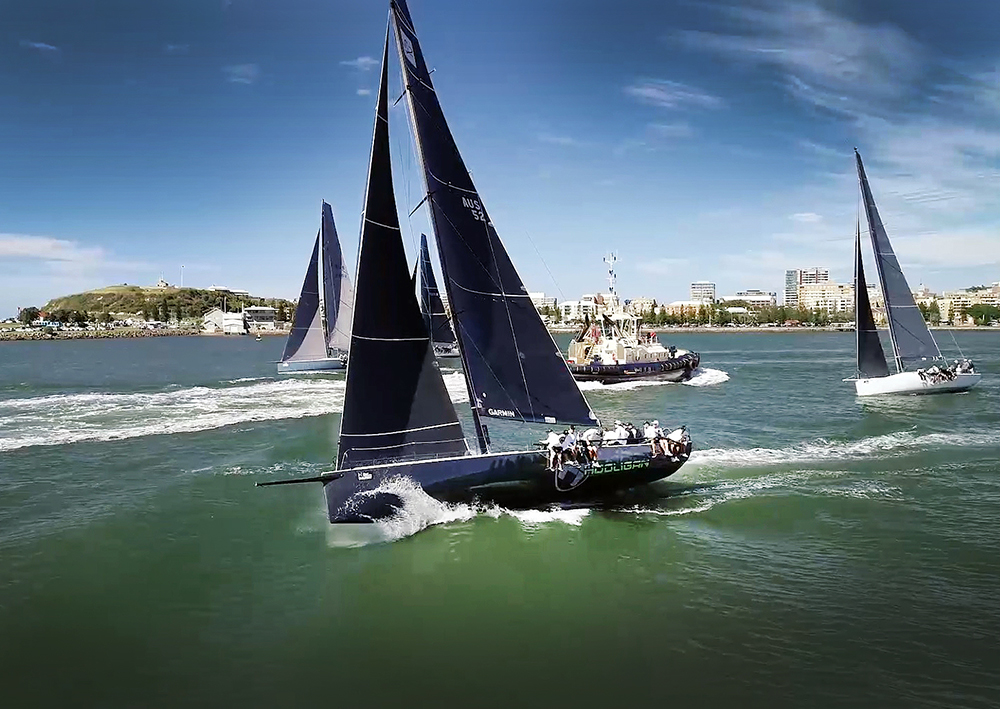